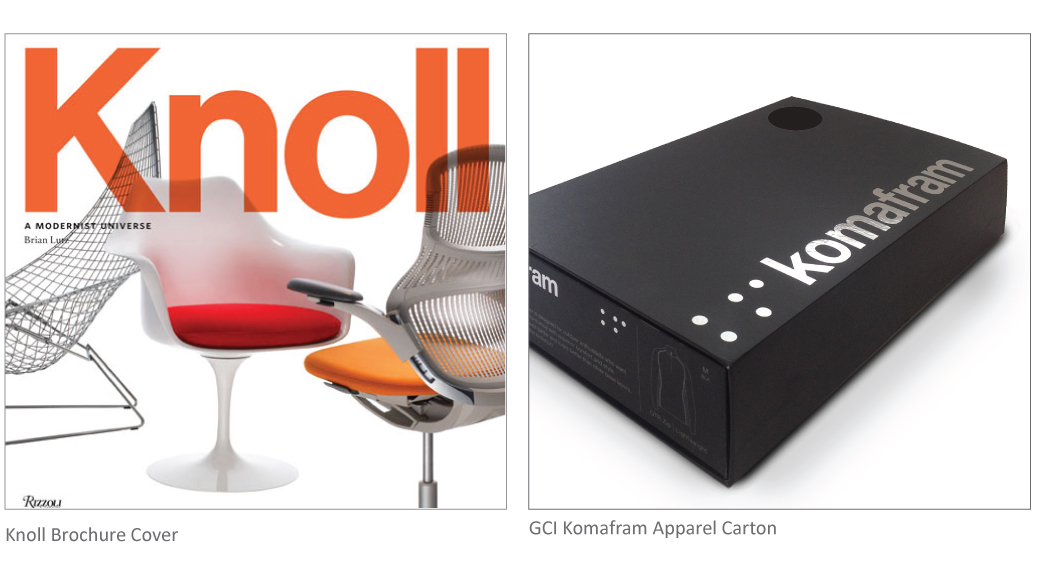 Kerry Grady descends from a family tree that is a colorful mixture of Irish, German, Welch and Dutch ancestors. But his “Design DNA” is more defined: American, Swiss and definitely a dash of Italian. (This is Part 2 in our profiles of Grady Campbell creative influences. The Italian inspiration: Massimo Vignelli.)

Time was Massimo Vignelli, with his Fellini film star looks and Italian accent, could recite the phone book and make an audience swoon. When he presented his designs to creative professionals, it could often have the same effect. It certainly worked on Kerry Grady.

Massimo Vignelli (1931-2014) was a prolific and powerful design superhero who is credited with changing the industry forever. Vignelli’s versatile work included interior design, environmental design, as well as graphic, furniture and product design. His client list included high-profile companies such as IBM, Bloomingdale’s and American Airlines. Vignelli even famously “untangled” the subway, designing a beautiful, simplified (and controversial) map that resides within New York’s  Museum of Modern Art permanent design collection, and standard-setting signage program for the New York City Transit Authority (anyone who’s ever ventured far below the city can appreciate the enormity of such a task.) Some say the whole city of New York today is a permanent Vignelli installation. You ride in a subway and see Vignelli-designed signage, swing your Vignelli-designed Bloomingdales shopping bag and pass St. Peter’s Church with its Vignelli-designed pipe organ visible through the window. 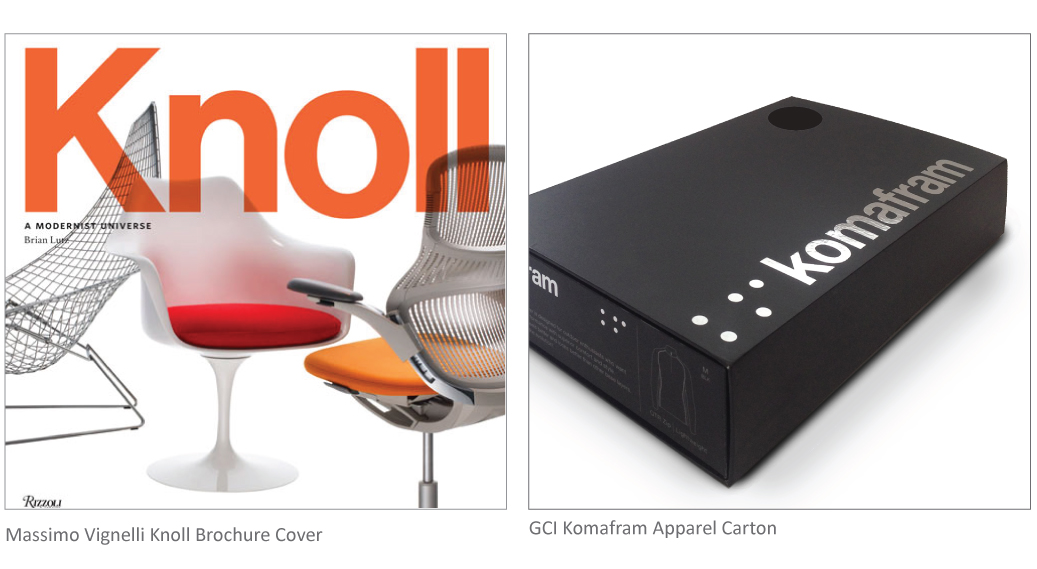 Vignelli was a steadfast modern master in a post-modern world. His work and designs were famous for following a lean, modern aesthetic and a narrow range of typefaces he considered to be perfect in their genre. Vignelli once wrote that, “In the new computer age, the proliferation of typefaces and type manipulations represents a new level of visual pollution threatening our culture. Out of thousands of typefaces, all we need are a few basic ones, and trash the rest.”

Kerry Grady describes him this way: “Like high fashion, Vignelli had an elegant, unmistakable style people wanted (and they were happy to pay handsomely for it.) Think red-carpet Armani couture.”

In 1964, Vignelli cofounded Unimark International, while 6 year-old Kerry was spending much of his time drawing, coloring, cutting, weaving and carving. Coincidence… maybe not! Unimark quickly became one of the world’s largest design firms of the time (established not far away, in Chicago.) Its work made indelible impressions on the American collective mind.

Vignelli Associates, established later with Massimo’s wife, Lella, sought clients who were patrons and proponents of design. On every project, design became a vital part of the team.  “That was their strategy for a lasting client relationship,” says Kerry. That philosophy of connection with his work, and his clients, is something Kerry “carries” over to Grady Campbell. 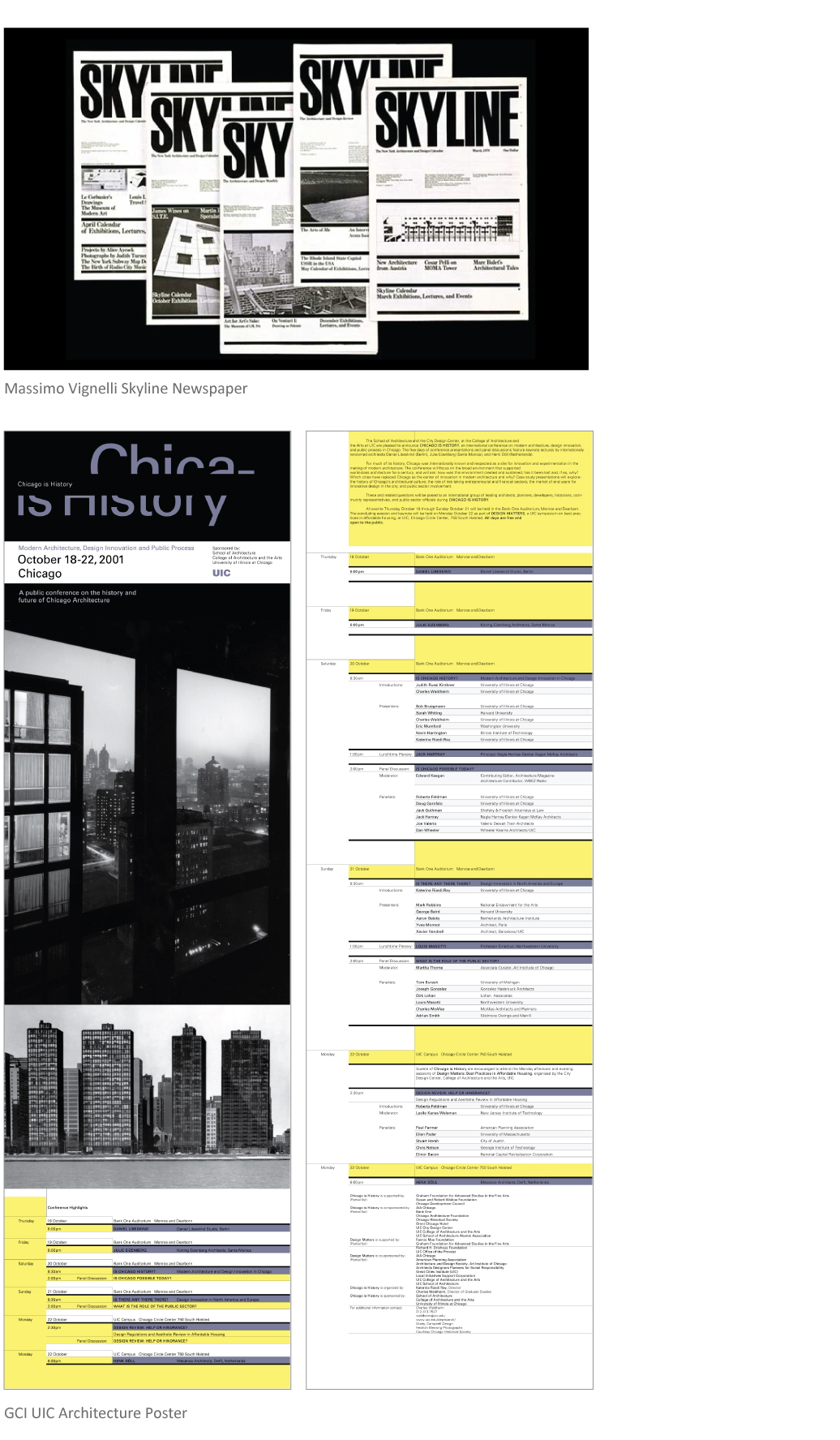 “I had the pleasure of meeting Vignelli a few times through the years, and he always looked you in the eye, and made you feel like a friend,” says Kerry. “In every book, Vignelli included a personal message for you. Vignelli’s design, and his graciousness, are things we can all aspire to match.”