Beyond the Object: Nintendo Switch Review 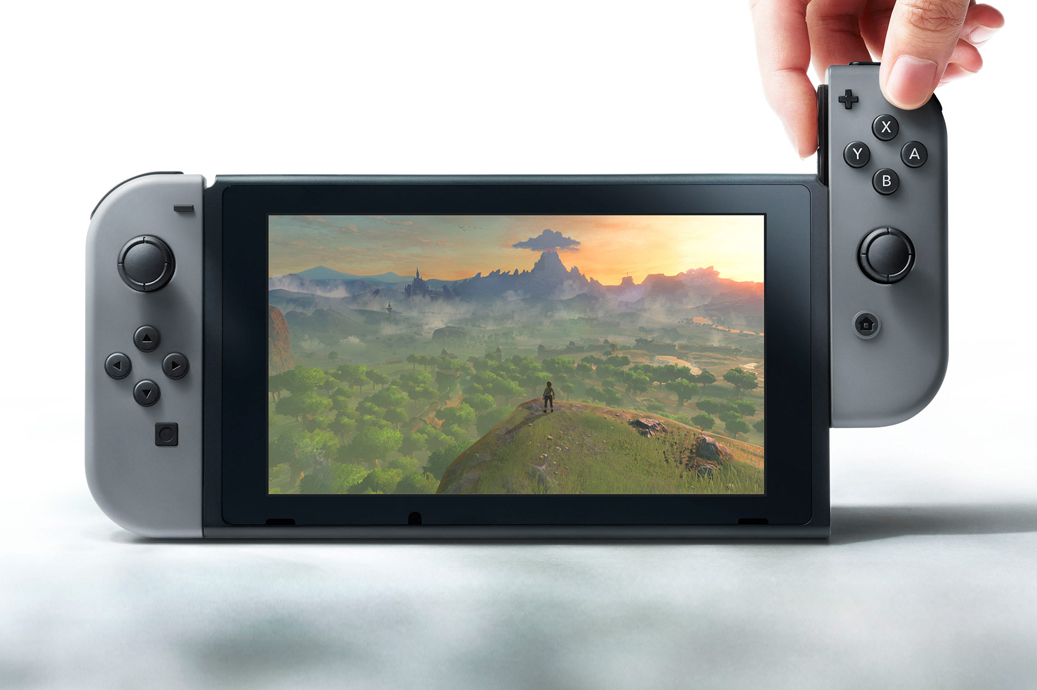 Hello and welcome to the first of Grady Campbell’s product review series where we will examine some of our favorite things. As designers and developers, we seek to explore and understand the deeper connections between people, ideas and objects. Join us as we celebrate great design and quality connections.

The Switch is Nintendo’s latest video game console. With over 25 years of history in the video game industry, Nintendo has seemingly brought the best of its previous consoles together into a potentially revolutionary product. Ever since its first appearance back in October of 2016, we have eagerly awaited its arrival. Now that it’s finally here, let’s take a look at what inspired us to write our first ever product review.

The core concept of the Switch is simple; it is a powerful gaming console for the home combined with the portability of a handheld. In generations prior, one had to compromise between the two as handheld devices have greater processing limitations. The Switch offers a solution to both needs without much compromise, but also goes a step further. Not only can you play previously unattainable game titles on the go, but you may also choose how you play. The included controllers can detach from the system and be used independently or as a singular controller in a combined configuration. The system offers 3 gaming configurations and controllers for two players right out of the box.

When we first saw the Switch, we admittedly did not recognize it as a Nintendo device. Normally, Nintendo follows a more playful and colorful approach to design, per their larger child and family based demographic in previous console generations. Instead, Nintendo offers us a clean and sophisticated design that is indicative of a premium product. The build quality of the Switch is also quite exceptional in-hand. This approach communicates the same sense of maturity of its competing consoles which has garnered attention and praise from the older crowd.

As any designer knows, the look is only half the conversion. Is the Switch user-friendly? Our answer is a resounding, yes. The moment we laid eyes on it, the design informed us of how best to use it. This is no accident. The modularity of the components allows us to understand and utilize the system’s potential without much explanation. Removing the controllers, switching from different gaming configurations and navigating the UI have virtually no learning curve. While reading instructions is certainly suggested, we really didn’t need them. The seamless melding of design and concept is what we strive for in our own work and we have certainly found a kindred spirit in the Switch.

The Switch is truly a unique piece of tech. The entire console is contained within the tablet while its docking station serves to increase its processing power and graphic output for the television. As such, the docking station utilizes modern HDMI output and contains several USB ports.

The tablet itself is small and lightweight. It utilizes a 7 inch 720p screen, which is a graphics compromise to reduce processing power and increase battery life when in the handheld configuration. The downscaling is very hard to distinguish on a screen of this size and has not affected the immersion of our gameplay. To add further immersion and ease of use, the tablet also features a touch screen allowing for even more diverse gameplay. The tablet also includes a flip-out kickstand on the reverse side allowing for a tabletop gaming configuration. We have heard some complaints about the kickstand giving out too easily or snapping off. We have not had this issue, but we’d imagine that uneven surfaces might make this type of gameplay more difficult. The kickstand can snap off, but can easily be reinserted. This is clearly intentional to avoid the breaking of components. Be sure to have the kickstand retracted before placing the tablet into the dock to avoid this.

The controllers known as, Joy-Con can be used as independent controllers or combined into a single, larger controller via the, Joy-Con Grip. The Joy-Con also combine with the main tablet via a rail system that emits a satisfying “click” when locked on. These controllers also utilize motion controls which have become a mainstay of Nintendo. While the motion control is a nice addition, the Joy-Con also contain a sophisticated vibration technology called, HD Rumble. Not only will your controller shake during intense gameplay, but it can also produce more subtle sensations such as liquid flowing in your hand. They are also very responsive with a decent range. They may seem small, but they have a low learning curve and form to the hand quite well. Having the ability to hold one in either hand allows for people to play with their hands resting at their sides, which has been the most relaxing gameplay we have experienced so far of any gaming system. While the controllers are kind of pricey, their versatility and built-in tech justify the cost.

As for games, Nintendo has decided to utilize cards as their gaming media. These proprietary cards offer an enormous amount of storage and reduced loading time. Their size is comparable to a standard SD card and certainly pack a punch for their small size. Digital downloading is also an option on the system through the Nintendo E-Shop.

The internal memory storage on the Switch is a modest 32GB. While this is very small compared to other systems, it is made forgivable by the ability to expand this memory with non-proprietary micro SD cards. As these are readily available and affordable, consumers have lots of options to choose from and can easily store them away.

Nintendo has also made the decision to utilize a non-proprietary charging cable as well. The system utilizes the very common USB-C input, which makes widely available third-party cables viable options for consumers. This further enhances the portability factor as one can easily acquire one of these cables or adapters. We would still suggest acquiring the best quality cables as some perform far better and those of lower quality can damage your electronics.

So, what do all of these features and appealing design amount to and why are we connected to the Switch? In our opinion, it’s because Nintendo asked themselves very important questions when creating it; Who will be playing our games? How many people will be playing? Where will they be playing? What do they want to play?

The Switch offers consumers an opportunity to enjoy video games as they see fit whether you are a child, an adult, a casual gamer or a hard-core gamer. The Switch becomes whatever gaming device it needs to be for each consumer. Regardless of gameplay style or playing location, the Switch has a solution.

For example, most of us here work long hours and commute on the train. We have to choose our entertainment more carefully and often neglect gaming because the games we enjoy have long play-throughs, which require more time for each play session to meet our in-game goals. With the Switch, the train and the office now become a new opportunity to relax and lose ourselves in a bit of fun. If we want to play co-op games we already have two controllers and a screen ready to go. If we want to pick up where we left off on a long in-game quest we can now do so with a system powerful enough to play the huge adventure games we crave. These advantages make the Switch more than just another gaming system, but rather an organic melding between the user’s imagination and the product. The Switch puts the consumer in control of their gaming experience wherever, whenever and however they choose.

The Switch has certainly impressed us with its sophisticated design, easy to use UI and its diverse range of play options. It’s a significant innovation in gaming with its portable console concept that will certainly appeal to a wide range of consumers. While its processing power, battery life and internal memory storage may a turnoff to some on paper, we have found these things to be of no real hindrance to our experience. It is not as powerful of a system as the Playstation 4 or Xbox One, but the Switch offers possibilities beyond graphics that have warranted our praise. We look forward to our continued use of the Switch and eagerly await its upcoming releases.

<
>
All > Art and Design > Beyond the Object: Nintendo Switch Review